TEHRAN (defapress) – Dozens of Saudi soldiers and mercenaries were killed and injured after Yemeni forces targeted their camps in the border region of Najran in retaliatory attacks.
News ID: 75522 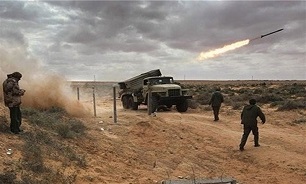 “The army, supported by popular forces, on Saturday killed and injured dozens of Saudi soldiers and their mercenaries in Najran province,” a military official, speaking on condition of anonymity, told Saba news agency.

The source added that the Saudi military sites of Shurfa and Shabaka were among the main targets of the army.

Meanwhile, the Yemeni military shelled the gatherings of the militants in the district of Sawh in Najran, inflicting heavy losses on them, according to the report.