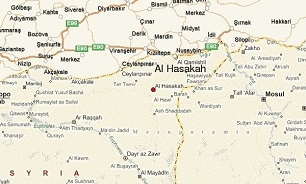 At least 82 children have died in al-Hawl refugee camp over the past 20 days due to the worsening of hygienic and healthcare conditions as well as shortage of medicine and foodstuff, the Arabic-language media sources reported.

The sources said that over 240 children have died in al-Hawl Camp since the beginning of 2019.

Earlier, the London-based Syrian Observatory of Human Rights (SOHR) reported that over 73,000 people are living in critical conditions.

In a relevant development earlier this week, Head of the Russian reconciliation center in Syria, Major General Viktor Kupchishin said that between 10 and 20 people, many of them children, die each day in al-Hawl refugee camp.

"According to a female refugee, who managed to flee the Al-Hawl camp on the territory controlled by the US-led coalition, the humanitarian situation in the camp is catastrophic. Between 10 and 20 people die each day, including children," he stated.

"In the past week, due to the lack of medicines, food and unbearable living conditions, seven children died in the camp. The overall number of children, who died in the Al Hawl camp, has risen to 235," he added.

Kupchishin urged international organizations to take measures and alleviate the suffering of people in the camp, one of the biggest in Syrian regions East of the Euphrates river.

Kupchishin pointed out that in order to prevent a humanitarian catastrophe, the Syrian government had provided security guarantees to refugees leaving the US-controlled Tanf zone and set up the Jleb mobile checkpoint. Bus convoys have been sent there to take refugees to their places of permanent residence.

"The Syrian government offers security guarantees to temporarily displaced persons and a simplified procedure to restore their identity documents. Temporary shelters have been prepared," he said.