Syrian delegation to leave for Kazakhstan for peace talks

TEHRAN (defapress) – A delegation from the Syrian government is set to leave Damascus for the Kazakh capital of Nur-Sultan later today to take part in the Astana talks on the Syrian settlement on 25-26, sources said.
News ID: 77014 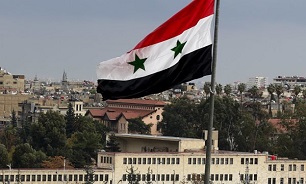 The event will also be attended by UN Special Envoy for Syria Geir Pedersen. This is while previous reports suggested he would not attend this round of talks, SANA reported.

The Astana process was launched by Russia, Turkey and Iran in January 2017 to bring all warring parties in Syria to the negotiating table to complement the UN-sponsored peace talks in Geneva.

Cooperation between the guarantors of peace in Syria has also been able to preserve the territorial integrity and national sovereignty and independence of Syria.

The previous round of the Astana talks was held in Kazakhstan in February with the attendance of representatives from Syria, Iran, Russia and Turkey.