'US has Iran's number if required 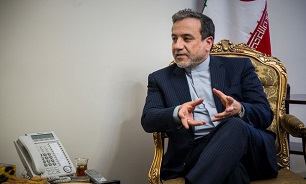 The remarks came as, amid heightened tensions between Tehran and Washington, US President Donald Trump said that "I'd like to see them [Iran] call me." The White House contacted the Swiss on Thursday to share a phone number the Iranians could call the President on, CNN reported citing a diplomatic source familiar with the move.

"In order to exit the difficult situation that Trump has created form himself and US, there is no need for mediation and phone number," Araghchi told YJC on Saturday.

"Washington has to revise its policy and behavior," he said, adding that the international community acknowledges the White House "wrong policies" and its "mistake" to withdraw from JCPOA and ramp up maximum pressure on Iran.

Asked about what Foreign Ministry will do with Trump's offered phone number, Araghchi said, "If required, they have our number."

Tensions have raised between Tehran and Washington after Trump's administration decision in May 2018 to withdraw from the Nuclear Deal, also known as Joint Comprehensive Plan of Action (JCPOA), and to re-impose sanctions which were lifted after the JCPOA. US pressure campaign on independent Iran doesn't limit to sanctions: it has also put Iran's Islamic Revolutionary Guard Corps (IRGC) in its list of foreign terrorist organization.

Iran, in response, has designated US Central Command (CENTCOM) in the Middle East as a terrorist organization. Also, after one year of patience, Iran decided to reduce some of its commitments under JCPOA, urging other signatories to defend the rights of Iranian people and fight US unilateralism.