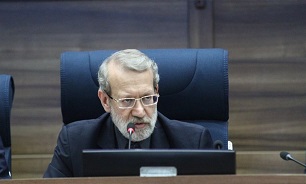 In comments in a gathering of Iranian start-ups and knowledge-based businesses in Tehran, Larijani said these companies can take the opportunity provided by the sanctions imposed on Iran.

Iranian start-ups and knowledge-based companies are on the verge of taking big leaps forward, he said, adding that the sanctions forced the cabinet ministries to rein in extravagant expenditure on foreign commodities and reach out to local companies.

Highlighting a ban on the import of the products which are already manufactured inside the country, Larijani said the Parliament will continue to push the administration to support knowledge-based companies that produce basic goods.

In comments in December 2018, Iranian First Vice-President Eshaq Jahangiri highlighted the administration’s continued support for domestic knowledge-based companies, which he said should be actively present in foreign markets.

“Supporting knowledge-based companies and science and technology parks has been considered in both the next year’s budget (bill) and general policies,” the vice president said, adding that five scientific and technological corridors have been set up in five provinces of the country.