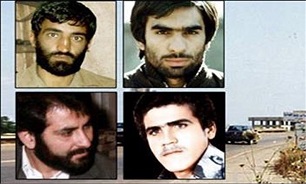 Speaking at the ceremony, held in Beirut on Friday, Moussa voiced Lebanon’s solidarity with the Iranian government and the families of the kidnapped diplomats.

The Lebanese parliamentarian further called on the international community to help clarify the fate of the abductees.

The Iranian Embassy in Beirut also urged the Lebanese government to seriously pursue the case of the kidnapped diplomats.