US Provocations Pushing Region to Brink of Abyss: Yemen’s Ansarullah 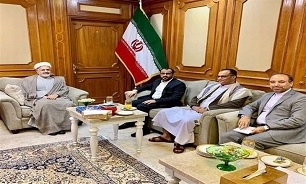 Speaking at a Thursday meeting with Iranian Ambassador to Oman Mohammad Reza Nouri Shahroudi, Abdul-Salam pointed to latest regional developments and said the US moves to create tensions have made the region stand “on the brink of an abyss”.

He further emphasized that “absurd measures” by some regional Arab states and their miscalculation of developments may also lead to “an explosion of the situation”.

Both Yemen and Iran believe that creating tensions in the region are not in favor of any country, the spokesman went on to say.

During the meeting, the Iranian diplomat also discussed the latest regional developments, including the humanitarian crisis in Yemen.