Russia Ready to Discuss Missile Issues with US: Defense Minister 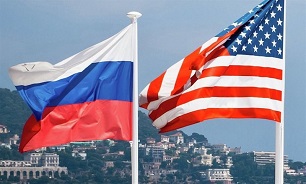 "We are keeping the door open, we still believe that as long as the US doesn’t deploy such systems to Europe, we won’t do the same, and as long as there are no US missiles in Asia, there won’t be our missiles in the region," Shoigu told the Rossiya-24 TV channel on Sunday, Tass reported.

The Intermediate-Range Nuclear Forces (INF) Treaty, signed by the Soviet Union and the United States on December 8, 1987, took effect on June 1, 1988. It applied to deployed and non-deployed ground-based missiles of intermediate range (1,000-5,000 kilometers) and shorter range (500-1,000 kilometers). Washington repeatedly accused Russia of violating the accord, but Moscow vehemently dismissed all accusations and, in its turn, expressed grievances over Washington’s non-compliance.

On February 1, 2019, US President Donald Trump and US Secretary of State Michael Pompeo announced the suspension of Washington’s obligations under the INF starting on February 2.

On February 2, Russian President Vladimir Putin announced that Moscow was also suspending the agreement. He handed down instructions to refrain from initiating talks with Washington on the issue and stressed that the US needed to show willingness for an equal and substantive dialogue. Putin signed a decree suspending Moscow’s compliance with the Treaty on March 4. On July 3, the head of state signed the decree into law after it had been approved by both houses of parliament. -

On August 2, Washington formally withdrew from the INF Treaty and the Russian Foreign Ministry, in turn, officially confirmed that the Treaty had been terminated at the United States’ initiative.