Reimposition of sanctions on CBI reveals US empty hands

TEHRAN (defapress) – Governor of Central Bank of Iran (CBI) Abdolnaser Hemmati said Friday that the US reimposition of sanctions on CBI revealed just how empty-handed the US is in pursuing the pressure campaign against Iran.
News ID: 78761 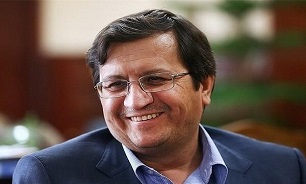 "The US' reimposition of sanctions on CBI shows they lack any more leverage for exerting more pressure against Iran," Hemmati added.

If such measures had any effect in advancing their unjust demands, Iran's economic situation would have been different from what it is now, Hemmati noted.

Repeated failures of the US government over the past and a half years show that these sanctions have become more ‘ineffective’ than any other time, he said, adding, “however, Iranian economy has proven its resilience against sanctions.”

The recent successes and achievements gained by the Central Bank of Iran and the stability of forex market indicate that country’s trade and financial transactions are carried out in ways that cannot be sanctioned by the United States, he stated.

CBI Governor Hemmati added, “fortunately, the country has moved on from circumventing sanctions to the non-sanctioning era of foreign trade. It is high time that the US administration learn lessons from realities.”

The US Department of the Treasury announced on Friday that its Office of Foreign Assets Control (OFAC) had taken action against the CBI, the National Development Fund of Iran (NDF), and Etemad Tejarate Pars Co. under its 'counterterrorism' authority.

It claimed that the CBI had provided billions of dollars to the Islamic Revolutionary Guards Corps (IRGC), its Quds Force and the Lebanese resistance movement Hezbollah.

“The Americans have imposed any sanctions they could on the Islamic Republic. What they are doing now is sanctioning an entity which has been sanctioned before under a different pretext,” he told reporters in New York.

“The new sanctions are aimed at blocking Iran’s international transactions and its access to food and medicine. This move is unacceptable and dangerous,” Zarif added.