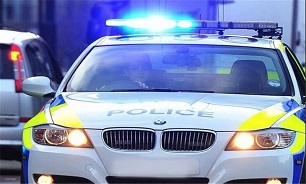 In a statement issued on Monday evening, the Metropolitan Police said that anyone who ignores the ban would be detained and face prosecution.

“Any assembly linked to the Extinction Rebellion ‘Autumn Uprising’… must now cease their protest(s) within London,” the police said, marking 21:00 London time on Monday evening as the cut-off for protesters to stop what it called “ongoing serious disruption to the community.”

Activists based in Trafalgar Square, which until Monday had been specified by the Metropolitan Police as the only legitimate protest site in the city, were ordered to remove their tents and clear the area almost without warning.

Extinction Rebellion’s London branch described the move as an “outrage,” before calling on the police to “respect the law.”

The decision comes after more than a week of civil disobedience in London, with activists targeting government buildings and major financial institutions.

The protests, which began last Monday and were due to last two weeks, have resulted in more than 1,400 arrests.

Extinction Rebellion says it has held the so-called “Autumn Uprising” across major cities across the globe to rebel against the world’s governments for their “criminal inaction” when it comes to the intensifying climate crisis.

The group uses non-violent civil disobedience in an attempt to highlight the risks posed by climate change and the accelerating loss of plant and animal species.

“After nine days of disruption we felt it is entirely proportionate and reasonable to impose this condition because of the cumulative impact of these protests,” Laurence Taylor, deputy assistant commissioner of the Metropolitan Police, said in a statement on Tuesday, CNBC reported.

“A significant policing operation continues and we will take robust action against anyone engaged in unlawful protests at locations targeted by Extinction Rebellion. However, I want to be absolutely clear. This does not mean people are banned from protesting in London. The condition applies specifically to the Extinction Rebellion ‘Autumn Uprising.’”

“If Extinction Rebellion, or any other group, come to us with a proposal for lawful protests then of course we will discuss that with them,” Taylor said.

Over the last nine days, Extinction Rebellion protesters have sought to shut down London’s City Airport, sprayed fake blood at the Treasury in Westminster and blocked the streets around the Bank of England.

The Metropolitan Police said there had been 1,445 arrests by 14:00 London time on Monday, with 76 charged with offenses including criminal damage and obstruction of a highway.

“The Climate and Ecological Emergency isn’t going away and we remain resolute in facing it. We urge the Government and the authorities to join us in doing the same,” Extinction Rebellion said, when responding to the city-wide ban.

“We cannot do it alone,” the group said, before adding: “This is bigger than all of us.”