Iran Will Never Give In to US Pressure, Bullying 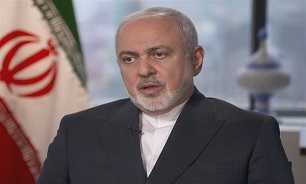 “Subjecting construction workers to #EconomicTerrorism only manifests maximum failure of ‘maximum pressure’. US can sanction every man, woman & child but Iranians will never submit to bullying. Rather than dig itself deeper, US should abandon failed policies & return to #JCPOA,” Zarif tweeted late on Friday.

It came after the US said on Thursday it had imposed sanctions on the Iranian construction sector and trade in four materials allegedly used in its “military or nuclear programs”.

US President Donald Trump last year pulled his country out of the 2015 nuclear deal between Tehran and world powers.

The Trump administration has since restored and tightened US sanctions to try to force Iran to negotiate a broader deal that would also limit its ballistic missile program and regional activities.