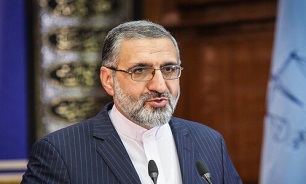 “Around 100 of the senior and junior ringleaders, as well as the principal elements behind the recent disturbances, have been identified and arrested by the Islamic Revolution Guards Corps (IRGC) at various spots across the country,” Gholam-Hossein Esmaili said.

He lauded the Iranian nation’s vigilance and unity against the vicious plots of the enemies, saying that the unrest had ended and calm restored to the country as a result of the separation of the ranks of the people and the rioters, and the effort expended by the security and law enforcement forces under the directions of Leader of the Islamic Revolution Ayatollah Seyyed Ali Khamenei.

Iran began rationing gasoline and substantially increased the price of fuel on November 15, saying the revenue would be used to assist those financially struggling families. The decision sparked rallies in a number of Iranian cities, some of which were marred by violence and damage to public property; riotous elements, abusing the situation, quickly entered the scene, destroying public property, setting ablaze banks and gas stations among other facilities, and opening fire on people and security forces.