EAEU to Bolster Relations with Iran 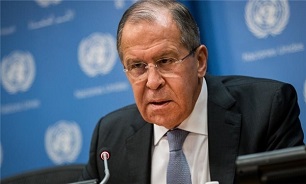 Preliminary agreements have been reached with Iran on joining the EAEU based on which further strengthening of relations in the future will take place, Lavrov told FNA in Bishkek on Wednesday

"The trade exchanges between the Eurasian Economic Union (EAEU) and its partners must be carried out using their local currencies as the dollar has lost its credibility," he added.

The Russian top diplomat also said that the EAEU is actively expanding its cooperation with third countries, with some of which it has signed agreements to establish a free trade zone.

He further noted that some South American, Pacific Ocean countries, as well as Egypt, have also expressed their interest in cooperating with the EAEU.

He also added joining the EAEU will pave the way for removing tariffs and other barriers.

In relevant remarks earlier this month, Managing Director of Aras Free Trade Zone (FTZ) Mohsen Nariman said that the 280 million population market of the EAEU with an $800 billion worth economic capacity was full of opportunities for Iran, adding that his country’s annual trade with the union was expected to reach $15 billion.