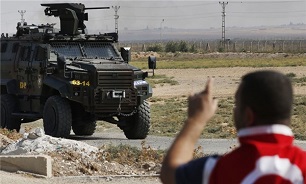 "Macron wanted to create a terror state but our Operation Peace Spring upset his plans. He does not know what he is saying," Cavusoglu was quoted by the Milliyet daily as telling the Turkish parliament.

Macron stated earlier in the day that Turkey, a NATO ally, could not count on the organization's solidarity after it started unilateral military action against Northern Syria last month.

France has been part of a multinational coalition fighting the Daesh (ISIL or ISIS) terror group in Syria with the help of Kurdish militia.