Russia’s US Envoy Slams Calls to ‘Deter’ Russia as Dangerous

TEHRAN (defapress) – Russian Ambassador to the United States Anatoly Antonov described attempts to treat Russia as a dangerous enemy that must be deterred as dangerous and unrealistic.
News ID: 79442 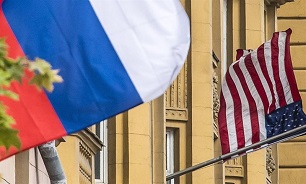 "In the local information space, one can often hear that Russia is a dangerous and unpredictable enemy that must be deterred by various means. This approach can hardly be described as a far-seeing one," he told the Youth Forum in New York on Saturday. "A focus on diminishing the role of our country in the world is unrealistic and even dangerous."

"I would like to underline that the Russian foreign policy is not anti-American," he said, adding that Moscow was ready for constructive cooperation. "All that we want is respect for our interests, a fair and equal dialogue."

The ambassador added that Russia-related topics in the US media are often very biased and one-sided, citing as an example the November 6 article by New York Times, which alleges that the Carmel Institute of Russian Culture and History at American University "presents too favorable a perspective on Russia."