TEHRAN (defapress) – Iran’s Deputy Foreign Minister Abbas Araghchi underlined the need for regional cooperation to ensure security in the Persian Gulf, calling on the countries in the region to join Tehran’s HOPE initiative to that effect.
News ID: 79500 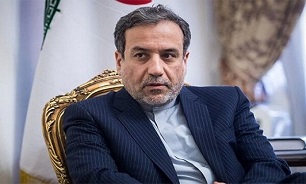 Araghchi made the remarks in a meeting with Kuwaiti Deputy Foreign Minister Khaled Al-Jarallah on Thursday.

The Iranian diplomat noted that regional efforts are necessary to prevent war, conflict, and reduce tensions.

He stressed that the Persian Gulf littoral states enjoy considerable capacities to bring a better future to the region through amicable cooperation.

“Iran strongly backs collective cooperation among the regional states, and it will always consider negotiations as the sole way to solve the problems,” he said.

Iranian President Hassan Rouhani presented the initiative — named Hormuz Peace Endeavor — while delivering a speech at his UN General Assembly meeting in September and invited all regional countries to participate in it.

The Kuwaiti deputy foreign minister, for his part, described the talks between the two countries promising, expressing hope that the continuation of talks between the neighbors and among all the regional states would lead to a collective understanding and improvement of peace and stability in the region.