Joint naval drill between Iran, China, Russia to go ahead 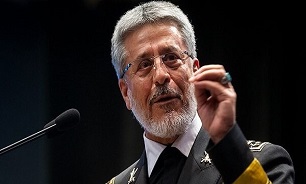 The joint naval drill between the Islamic Republic of Iran, the People’s Republic of China and the Russian Federation is just the beginning of a trilateral cooperation between Iran, China and Russia and will be continued.

He made the remarks in an interview with FNA on Sun. and added, “Iran enjoys high capabilities and potentials to stage joint military war games with various countries in the world in the field of restoration of peace and security in the region.”