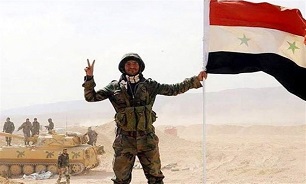 The villages of Maharim and Tal Karatin were freed from the grip of the militants on Saturday, SANA reported.

The two areas were liberated after terrorists’ defenses and fortifications were destroyed by the army troops.

The Syrian army declared the start of an offensive against foreign-sponsored militants in Idlib on August 5 last year.

It came after those positioned in the de-escalation zone failed to honor a ceasefire brokered by Russia and Turkey and continued to target civilian neighborhoods.

Under the Sochi agreement, all militants in the demilitarized zone that surrounds Idlib, and also parts of the provinces of Aleppo and west-central province of Hama, were supposed to pull out heavy arms by October 17 2018, with the Takfiri groups having to withdraw two days earlier.