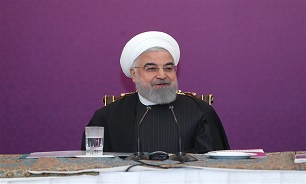 “I would like to offer my sincerest congratulations to Your Excellency on your election as the President of the Republic of Croatia,” the Iranian president said in a statement on Wednesday.

He added, “I hope that during your tenure, relations between the Islamic Republic of Iran and the Republic of Croatia further deepen in different political, economic and cultural fields to serve the two nation’s interest”.

Zoran Milanovic formally took office on Tuesday and called for vigilance against populist approaches to issues such as climate change that may distort or ignore scientific facts.

Unlike his four predecessors who were sworn in at Zagreb’s medieval St. Mark square that houses the government and the parliament buildings, Milanovic, 53, chose to organize a smaller ceremony at his office on a hill in a largely residential area overlooking central Zagreb.