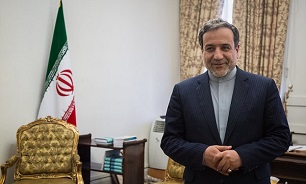 The meeting is scheduled to be held in the Austrian capital on Wednesday (Feb. 26) at the level of the deputy ministers and directors-generals from Iran and the Group 4+1 (Germany, France, Britain, Russia, and China).

The meeting will be co-chaired by Iran’s Araghchi and Secretary-General of the European External Action Service Helga Schmidt.

According to Iranian Foreign Ministry Spokesman Abbas Mousavi, the meeting is an ordinary session held once every three months and is not related to the E3's dispute resolution mechanism.