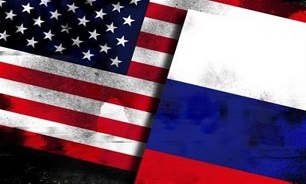 "The United States and Russia agreed to suspend on-site inspections under the New Strategic Arms Reduction Treaty until May 1," Kimball told TASS.

Moscow and Washington also agreed to postpone the Bilateral Consultative Commission (BCC) meeting, scheduled for March, due to the pandemic, the leading US expert said, citing his diplomatic sources in the US Congress.

The BCC was established to implement the New START’s goals and provisions. The Treaty implies that the sides should hold inspections of two types. Under the protocol, each party has an annual allotment of 18 inspections. The sides are authorized to conduct inspections, including at the bases of inter-continental ballistic missiles, submarines and air bases.

According to Kimball, Russia and the US agreed to "keep their full allotments of inspections and intend to conduct two BCC meetings this year, as called for by the treaty." "Treaty-related information and notification that would have been exchanged at the BCC meeting will be conducted through regular diplomatic channels instead," he said.

The Arms Control Association, which is led by Kimball, was founded in 1971. Headquartered in Washington DC, this is a national nonpartisan membership organization dedicated to promoting public understanding of and support for effective arms control policies.

The New START Treaty, which was signed by Moscow and Washington in 2010, stipulates that seven years after it goes into effect, each party should have no more than a total of 700 deployed intercontinental ballistic missiles (ICBM), submarine-launched ballistic missiles (SLBM) and strategic bombers, as well as no more than 1,550 warheads on deployed ICBMs, deployed SLBMs and strategic bombers, and a total of 800 deployed and non-deployed missile launchers.

The document is set to remain in effect until February 5, 2021, unless it is replaced with another agreement on nuclear arms reduction. It can also be extended for no more than five years (until 2026) with the consent of both parties.

Moscow calls on Washington not to delay solving the issue on a possible extension of the treaty, which it has described as "a golden standard" in disarmament. Russian President Vladimir Putin said in an interview with The Financial Times in June that if this treaty ceased to exist there would be no other tools in the world containing the arms race.

US President Donald Trump said on February 29 that Washington planned to hold a meeting of leaders of five permanent members of the UN Security Council to discuss arms control issues. The leaders of Russia, China, the United Kingdom, France and the US are expected to gather for a meeting during the general debate at the 75th session of the UN General Assembly in September.

In late December 2019, Chinese authorities notified the World Health Organization (WHO) about the outbreak of a previously unknown pneumonia in the city of Wuhan, central China. Since then, the novel coronavirus - named COVID-19 by the WHO - has affected nearly all countries of the world.

Russia has recorded 1,264 coronavirus cases, with 817 of them in Moscow. Some 49 people have recovered and have been discharged from hospitals, and four people have died.