TEHRAN (defapress) – Leader of the Islamic Revolution has expressed condolences over the demise of Ayatollah Ebrahim Amini, a member of Iran’s Expediency Council.
News ID: 80921 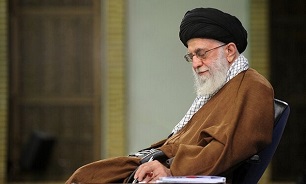 The Leader went on to express condolences to the honorable family of Ayatollah Amini and to the seminary society of Qom.

After suffering a long period of illness, the prominent religious scholar passed away in a hospital in the central city of Qom on Friday.

Ayatollah Amini was born in 1925 in Najafabad, Esfahan province. ‎Finishing his primary studies in Najafabad, he joined the Islamic Seminary of Esfahan in ‎‎1942. After completing his curriculum of religious studies in Esfahan, he joined the Islamic ‎Seminary of Qom in 1947, where he studied jurisprudence and principles under the tutorship of most eminent religious scholars of that period. ‎

Because of his special attitude and inclination towards the ‎sciences of psychology, child psychology, education and training, family-rights, family-ethics ‎and the narrations of Prophet Muhammad and the Infallible Imams, he pursued advanced ‎studies and research in these areas.‎

He also wrote many miscellaneous articles written on various issues, including ideological, ‎political, social, ethical and educational topics for presentation at national and international ‎seminars and conferences. ‎