US Has No Right to Extend UN Arms Ban on Iran 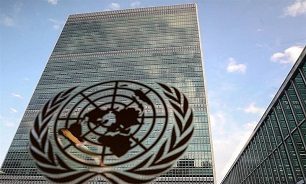 The US “has no right to extend an arms embargo on Iran, let alone to trigger snapback. Maintaining JCPOA is the only right way moving forward,” China’s UN mission said in a recent Twitter post.

It added that Washington, by quitting the 2015 nuclear deal between Tehran and world powers, “failed to meet its obligations” under a 2015 Security Council resolution that enshrined the agreement.

Under the nuclear deal, the UN arms embargo is due to expire in October.

Russia has already signaled its opposition to extending the arms embargo on Iran and the US claim that it can trigger the return of all sanctions on Tehran.