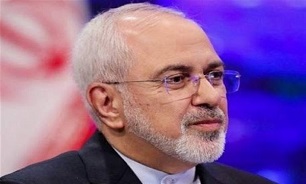 In separate messages on Monday, Zarif offered congratulations to Lebanese Foreign Minister Nassif Youssef Hitti and Nasrallah on the Eid of resistance and the anniversary of the victorious liberation of southern Lebanon from the Zionist aggressors.

He said the solidarity of the Lebanese people, government and army with resistance was the key to victories achieved against the Zionist enemy.

Zarif also wished dignity and glory for the government and people of Lebanon and the families of the martyrs and veterans of the resistance movement, the Foreign Ministry’s website reported.

Earlier, Iranian President Hassan Rouhani and Parliament Speaker Ali Larijani had congratulated the Lebanese nation and government on the anniversary of liberation of the occupied territories in southern Lebanon.

Liberation Day is a Lebanese holiday celebrated on May 25. In 2000, the Israeli forces withdrew from territories in southern Lebanon, marking the end of the conflict in that region.