TEHRAN (defapress) – Opposition led by China to a planned resolution for intrusive inspection of Iranian sites has forced the UN nuclear watchdog’s board to call for holding an in-person session after four days of meeting online because of the coronavirus.
News ID: 81351 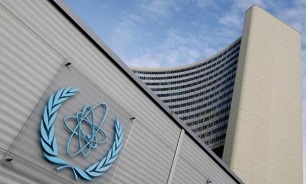 France, Britain and Germany, all parties to Iran’s nuclear deal with world powers known as the Joint Comprehensive Plan of Action (JCPOA), have submitted a draft to the IAEA Board of Governors calling on Iran to allow intrusive inspections of two nuclear sites in the country, diplomats taking part in an IAEA virtual meeting were cited as saying Thursday, Reuters reported.

The board prefers to adopt resolutions by consensus, meaning without a vote as long as no one opposes.

Diplomats said Russia had told the board it saw no need for a resolution but China voiced clear opposition, prompting the board’s chairwoman to call an in-person meeting on Friday for further discussions and possibly a vote.

“Certain countries, while pushing ahead the draft resolution, have denied the peril of such a move. This is a classic case in point of an ostrich policy, totally irresponsible,” China said in a statement to the board earlier on Thursday.

China said pressing what it called a “non-urgent” issue with a resolution could eventually lead to action by the UN Security Council and “the ultimate termination” of the deal, known officially as the Joint Comprehensive Plan of Action.

Iran says such a resolution is based on anti-Iran allegations raised by Israel and serves American goals.