TEHRAN (defapress) – In reaction to the Natanz incident, the Spokesman for the Atomic Energy Organization of Iran said that the strategic and inviolable policy of the Establishment is giving a smart and ingenious response.
News ID: 81538 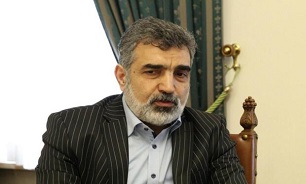 Referring to the reactions of some international media and the positions of European countries to the recent incident, Behrouz Kamalvandi said, "While the Western-Zionist media has attributed the Natanz incident to sabotage or attack, there is no sign of condemnation of the attack in their explanation."

"Such stances by the Western media and officials are double standards and unacceptable," he added.

He stressed, "There is no doubt that Iran will take its actions according to the interests of the country," adding, "The strategic and inviolable policy of the Islamic Establishment in various cases and positions is a smart and wise response based on the three principles of honor, wisdom and expediency."

Kamalvandi on July 2 revealed the occurrence of an incident in one of the under-construction sheds in Natanz Nuclear facility. This incident had not any casualties and also has not incurred any damage to the current activities of the facility.

Referring to the incident that took place in Natanz enrichment facility, Iranian Foreign Ministry’s Spokesman Seyed Abbas Mousavi on Monday said in case a regime or a government is involved in the Natanz incident, Iran will react decisively.