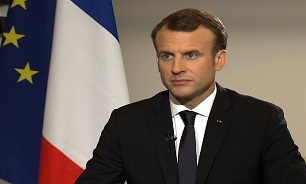 The French leader’s approval rating has been in steady decline since jumping to 43% in March when the coronavirus pandemic struck France and his government began a three-month lockdown.

In an effort to reinvigorate his presidency ahead of 2022 elections, Macron reshuffled the government earlier this month, bringing in the little-known Castex as prime minister.

Castex’s first approval rating was 55% in the Ifop poll, in line with the first score recorded by his predecessor, Edouard Philippe, Bloomberg reported.

The Ifop poll, published in Sunday’s edition of Journal du Dimanche, surveyed 974 adults by internet on July 15 and 16.