TEHRAN (defapress)- Human Rights Watch called on Saudi Arabia to stop the imminent execution of eight men charged with activities related to a wave of anti-government protests while they were under the age of 18.
News ID: 82342 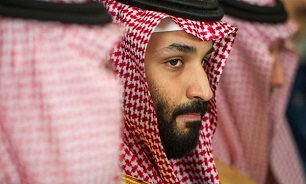 The group questioned the kingdom’s 2018 criminal justice reform, saying the ongoing cases demonstrate critical gaps in the plan, which was expected to curb the death penalty for child offenders.

The HRW obtained and analyzed the charge sheets for two group trials that included the eight men in 2019.

Some of the crimes listed were allegedly committed while the men were between ages 14 and 17.

One of the men, now 18, is charged with a nonviolent crime he allegedly committed at age 9. All eight men have been in pretrial detention for up to two years.

“If Saudi Arabia is serious about reforming its criminal justice system, it should start by banning the death penalty against alleged child offenders in all cases," he added.

According to the rights group, the Saudi Public Prosecution accused the detained men, all from Shia-majority towns and villages in the Eastern Province, of several charges that do not resemble recognizable crimes.

It announced that the men had been accused of “seeking to destabilize the social fabric by participating in protests and funeral processions”, “chanting slogans hostile to the regime”, and “seeking to incite discord and division”.

Saudi authorities arrested the men between April 2017 and January 2018.

Citing Saudi activists in communication with sources close to al-Nimr and al-Faraj, Human Rights Watch said that the men were subjected to torture during their initial detention and interrogation and that both were denied access to legal counsel.

It added that the crimes listed in the men’s charge sheets, which for seven of the eight men included attacking police officers or patrols with Molotov cocktails or firearms, are almost entirely based on the men’s confessions, and give no details of any injuries to police officers.

The HRW has documented longstanding due process violations in Saudi Arabia’s criminal justice system that makes it difficult for a defendant to get a fair trial even in capital cases.

It referred to a case in April 2019, when Saudi Arabia carried out a mass execution of 37 men, 33 of them from the country’s Shia minority community.

Citing local activists, the rights group earlier stated that more than 200 people from Shia-majority towns and villages in the Eastern Province have gone on trial for similar offenses since 2011.

Mostly Shia residents of Eastern Province towns such as Qatif, Awamiya, and Hufuf have repeatedly held protests over discrimination by the government since 2011.

Ali al-Nimr - who was sentenced to death over his alleged role in anti-regime protests in 2012 when he was 17 years old, is the nephew of Sheikh Nimr al-Nimr, a Saudi cleric who had called for reforms and was executed in January 2016.

Saudi Arabia is one of the top executioners in the world, with more than 2,000 people executed between 1985 and 2016. Suspects convicted of terrorism, homicide, rape, armed robbery and drug trafficking face death penalty.

In the most stunning case of executions, Saudi Arabia executed on January 2, 2016, Sheikh Nimr Baqir al-Nimr, along 46 other people in defiance of international calls for the release of the prominent Shia cleric.