TEHRAN (defapress) – US President-elect Joe Biden said Tuesday that the Trump administration has already begun to reach out to his transition team, and he described the effort as "sincere," a day after a federal agency released a letter to formally begin the transition of power.
News ID: 82631 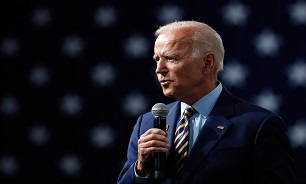 "Immediately, we've gotten outreach from the national security shop to just across the board," Biden said in an interview with NBC News' Lester Holt. "And they're already working out my ability to get Presidential Daily Briefs. We're already working out meeting with the COVID team in the White House and how to not only distribute but get from a vaccine being distributed to a person able to get vaccinated, so I think we're going to not be so far behind the curve as we thought we might be in the past."

He added, "And I must say the outreach has been sincere — it has not been begrudging so far, and I don't expect it to be."

Biden, who said he has not spoken directly with President Donald Trump since the race was called, said his administration will not be "a third Obama term," because the world has changed so much during the Trump years.

"We face a totally different world than we faced in the Obama-Biden administration," he said. "President Trump has changed the landscape. It's become America first. It's been America alone."

Trump has refused to acknowledge that he lost the race, and his legal team is continuing its sputtering legal battle to overturn the election — a strategy that took a blow this week as states began to certify their election results. After Michigan certified its results Monday, the head of the General Services Administration informed Biden that the official governmental transition process had been approved following weeks of delay.

GSA Administrator Emily Murphy said in a letter Monday that Biden, whom she referred to as "the apparent president-elect," is now able to get access to millions of dollars in federal funds and other resources to begin his transition to power. In her letter, Murphy also denied that she had been under pressure from the White House to delay the process.

Hours later, Trump tweeted that he would "never concede to fake ballots and 'Dominion,'" referring to a conspiracy theory that baselessly alleges that a company that makes voting machines deleted millions of Trump votes.

The refusal stopped Biden's team from gaining critical access to government resources as the nation grapples with rising COVID-19 case numbers and economic uncertainty. However, Biden has begun filling out his Cabinet and announcing personnel for other senior roles during the delay. He also held briefings with former top government officials and formed his own COVID-19 task force.

Trump and the GSA faced increasing pressure as a growing number of Republican lawmakers began to publicly call for Biden to be granted access, citing national security concerns. Democratic lawmakers had also begun calling for Murphy to testify before Congress.

Biden said in the interview that during his first 100 days in office, he wants to get immigration reform and COVID-19 relief through Congress.

"I will send an immigration bill to the United States Senate with a pathway to citizenship for over 11 million undocumented people in America," he said. "I will also be moving to do away with some of the, I think, very damaging executive orders that have significantly impacted on making the climate worse and making us less healthy, from methane to a whole range of things the president has done."

Biden also shut down speculation that he would investigate Trump once he is in office.

"I will not do what this president does and use the Justice Department as my vehicle to insist that something happened," he said. "What I'm focused on is getting the American public back at a place where they have some certainty, some surety, some knowledge that they can make it."