TEHRAN (defapress) – The European Parliament urged the EU on Thursday to impose sanctions on Turkey after President Tayyip Erdogan this month paid a visit to the breakaway Turkish Cypriot north of Cyprus.
News ID: 82647 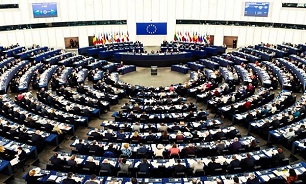 With 631 votes in favor, three against and 59 abstentions, the parliament agreed a non-binding resolution in support of EU member Cyprus urging EU leaders to take action and impose tough sanctions in response to what they called “Turkey’s illegal actions”, Reuters reported.

The resolution is likely to bolster support for France’s push for EU sanctions on Turkey next month, following through on a threat made by the bloc in October over a dispute between Ankara and EU members Greece and Cyprus over natural gas rights.

Erdogan has called for dialogue but warned the EU not to become a “tool for enmities” during escalating tensions over the Eastern Mediterranean.

In his latest statement on Turkey-EU ties, Erdogan said Turkey sees its future in Europe, and mentioned Turkey’s post-pandemic plans to improve Judicial infrastructure and strengthen the economy and other reforms, according to Press TV.

Observers, however, say Turkey does not stand any chance to become an EU member despite all negotiations.