Cabinet Disagrees with Bill on Iran’s Withdrawal from Additional Protocol

TEHRAN (defapress) – Iran’s administration said it disagrees with a decision by the Parliament to advance a bill that would require the administration to halt voluntary implementation of the NPT if the European signatories to the 2015 nuclear deal keep failing to honor their commitments.
News ID: 82697 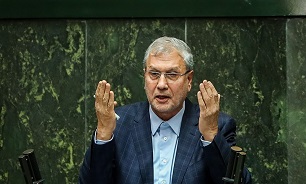 The Iranian MPs on Tuesday approved the outlines of a bill on “strategic action” for lifting of the sanctions and safeguarding national interests in a move that the Parliament speaker described as an end to a one-way game.

According to the article VI of the motion, approved in the afternoon, the government is required to suspend the voluntary implementation of the Additional Protocol and block inspections beyond the Safeguards agreements within one month under certain conditions.

The Iranian administration will be bound to withdraw from the Additional Protocol in case the remaining parties to the Joint Comprehensive Plan of Action (JCPOA) - France, the UK, Germany, Russia and China- fail to honor their commitments in full within a month after the new law comes into force, if Iran’s banking relations are not normalized, if the obstacles to the Iranian oil export and sale are not removed, or if the revenues from the sale of crude are not repatriated fully and immediately.

In comments at a press conference on Tuesday, Spokesman for the Iranian Administration Ali Rabiee said the cabinet is opposed to the parliamentary bill as it would not provide any help in lifting the sanctions.

The administration believes that the matter comes within the purview of the Supreme National Security Council, as no branch of power is allowed to make decisions about the JCPOA and Tehran’s nuclear program independently, he added.

Rabiee said while the main concern for the Parliament has been to remove the sanctions with the new bill, a rise in the storage of enriched uranium with 20 percent purity level and withdrawal from the Additional Protocol would make the sanctions permanent, Rabiee warned.

Supporters of the new motion say they have proposed the bill after a phased reduction in Iran’s commitments to the JCPOA and the Iranian president’s warning to the EU3 about their support for the constant intensification of cruel American sanctions against Tehran.

According to the 9-artilce bill, the Atomic Energy Organization of Iran will be required to produce and store at least 120 kilograms of enriched uranium with 20 percent purity level at the Fordow nuclear facility every year, and to fulfill the country’s peaceful industrial demands with uranium enriched above 20%.

The bill also obliges the AEOI to increase the monthly output of enriched uranium for various peaceful purposes with different purity levels by at least 500 kg.

The motion also entails uranium enrichment activities with at least 1,000 IR-2M centrifuge machines at Natanz within three months after ratification of the law, and compels the AEOI to launch uranium enrichment as well as research and development activities at the Fordow nuclear site with at least 164 IR-6 centrifuges and increase the number of centrifuge machines to 1,000 by March 2021.