Iran’s FOREX resources in S Korea should be released rapidly 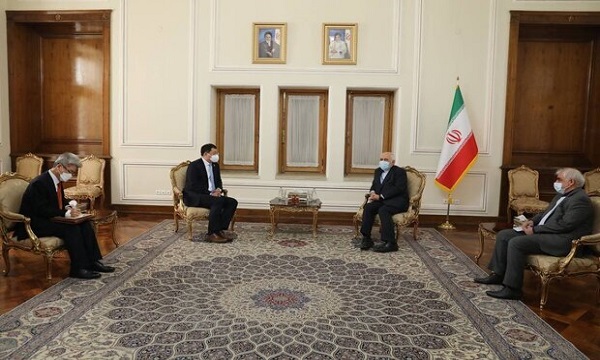 In a meeting with South Korean Deputy Foreign Minister Choi Jong-Kun on Mon., Zarif pointed to the restrictions created for Iran’s frozen assets in South Korea as the greatest obstacle behind development of relations between Iran and South Korea and urged South Korean government to take immediate steps in removing these barriers.

Turning to the spread of the novel coronavirus, COVID-19, Zarif emphasized, “Considering the health and economic consequences of COVID-19, the main priority of relations between the two countries is to provide Iran with the access to its financial resources blocked in South Korea.”

The illegal actions of South Korean banks have negatively affected the public attitude of Iranian people towards this country, the issue of which have seriously damaged its image, he said, adding, “Therefore, lawmakers at Iranian Parliament emphasize their legal right to pursue the issue in order to solve this problems as soon as possible.”

The South Korean tanker has been seized by Iran due to the pollution of environment in the Persian Gulf waters, so seizure of the tanker is only a technical issue that is being pursued within the framework of legal and judicial regulations. Naturally, Iranian government cannot interfere in this judicial process, Zarif stressed.

South Korean deputy foreign minister, for his part, pointed to the seizure of South Korean tanker by the Islamic Republic of Iran and called on Iran to take effective steps in solving this problem.

South Korean Deputy Foreign Minister visited Islamic Republic of Iran on Sunday at the head of a high-ranking delegations in order to explore avenues for resolving problems created ahead of bilateral relations especially the issue of Iran’s frozen assets in South Korea.