Iran urges immediate removal of US sanctions against Syria

TEHRAN (Defapress) - Iran's Ambassador to the United Nations called for immediate removal of unilateral and inhumane US sanctions against Syria.
News ID: 83284 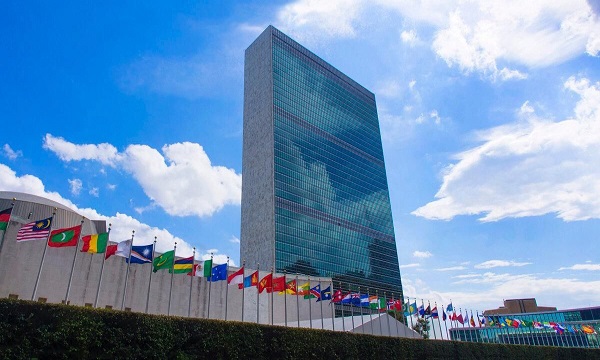 Majid Takht-Ravanchi made the remarks addressing the UNSC on Tues.

He noted that while the prohibition of war is a fundamental principle of international law, unfortunately, armed clashes are still underway across the globe, and at the same time, rules such as the protection of civilians are not being respected.

He also criticized UNSC for its inactiveness in this regard.

He named the Zionist regime's inhuman measures against Palestinians and Saudi Arabia's warmongering policies against Yemenis as clear examples of war crimes.

Addressing the Syrian crisis he said, "The unilateral inhumane sanctions against Syria, which prevent the import of humanitarian goods, including food and medicine to the country and cause serious damage to people's lives must be stopped."

He called for the UNSC to put an end to such crimes across the world by forcing the warmonger to behave peacefully.