TEHRAN (Defapress) - In a statement on Wed., Chief of Staff of Iran's Armed Forces Major General Mohammad Bagheri condemned the attack on a girl's school in Kabul, recognizing the US as the main culprit of the terrorist incident.
News ID: 83337 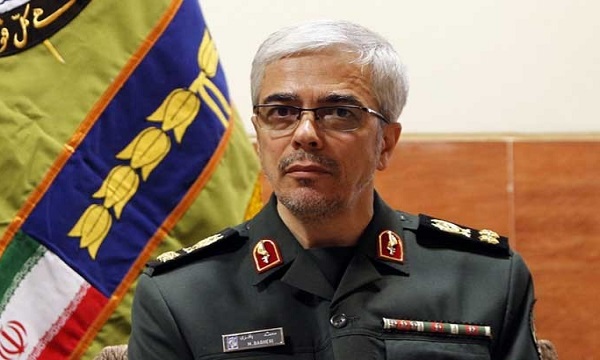 "The terrorist regime of the United States allows any crime to be committed for its own evil purposes," the statement said.

"The brutal crime committed by the mercenaries of the US terrorist regime, which resulted in the martyrdom and injury of more than 250 students and innocent children at the Sayed Al-Shuhada School in Kabul during the holy month of Ramadan, proved that Americans do any crime to reach their own evil purposes," it added.

It considered the recent attack as a cover for the secret and overt actions of the Americans to retaliate the failure of their policies in the 20 years of shameful presence in Afghanistan.

The statement noted that Americans seek to suggest that their presence in Afghanistan will bring security to the country but the Afghan nation will foil the plots of Americans by their awareness.

Major General Bagheri expressed his condolences for the Afghan nation, in particular the families of those who lost lives in the recent terrorist attack.

A car bomb was detonated in front of the Sayed Al-Shuhada school on Saturday, and two more bombs exploded when students rushed out in panic. The attack claimed lives of more than 80 people.