TEHRAN (Defapress) - In a meeting with the Yemeni ambassador to Damascus, the representative of Islamic Jihad stressed that the aggression of the Saudi coalition against Yemen serves the interests of the Zionist regime.
News ID: 83377 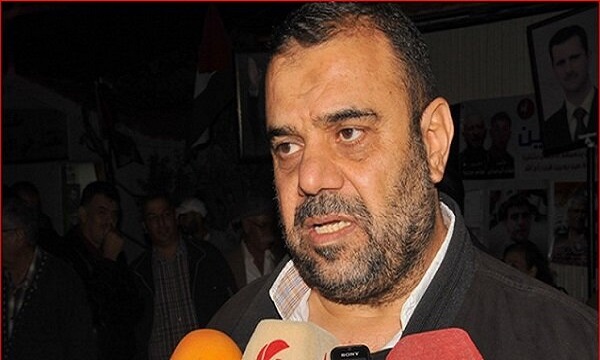 Abdullah Sabri, Sanaa's envoy to Damascus met with the representative of the Palestinian Islamic Jihad movement in Syria Ismaʿil al-Sandawi known as Abu-Mujahid to stress the Yemeni support for Palestine resistance and liberation of holy Quds.

According to Yemeni Al-Masirah TV, the representative of Islamic Jihad referred to the recent 12-day aggression on Gaza by the Zionist regime and the response of the resistance to it, emphasizing that the Palestinian resistance was able to create a deterrent equation in facing the enemy.

Abu-Mujahid further hailed the Palestinian Sword of Quds Operation as successful in bringing together all the Palestinians even those inside the 1948 occupied territories with Gaza and the West Bank.

The Yemeni ambassador to Damascus, for his part, stressed that the Palestinian people and the resistance groups have been able to unite all the free nations in defense of the Palestinian cause.

Sabri said that the Palestinian cause was revived through the bravery of the resistance and its steadfastness during the recent battle against the occupying regime of Israel, adding, "this battle rendered a great change and revived hopes to move towards the liberation of the holy Quds, adding the Quds is now closer than ever."