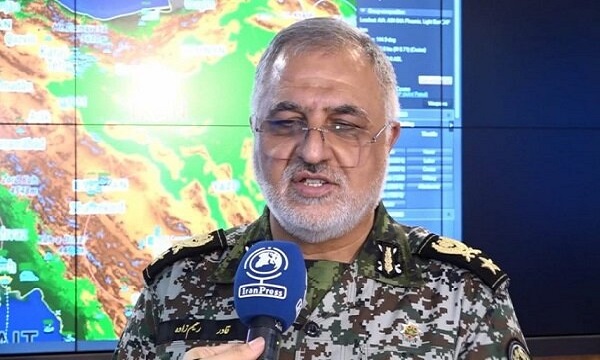 Brigadier General Ghader Rahimzadeh told reporters on Tuesday that Iran has made good progress in both fields of radar and missile systems.

The Commander of Khatam ul Anbia Air Defense added there has been good progress in producing reconnaissance, combat and operational and data collecting and electronic warfare equipment in accordance with the types of threats.

He also said that the young Iranian technical experts in the military have produced the most precise radar and missile systems despite the fact that the country is under tough sanctions.

Air defense systems in Iran are interconnected in a network to ensure the security of the Iranian sky.

Air defense systems in Iran act in one single network and all commands are issued through the network through highly secure communication channels.

Rahimzadeh also noted that air defense systems that are based on new technology become operationalized while necessary training will be given to the personnel about that system and the experts in that field will be taught the necessary skills.

It is worth noting that Iran recently unveiled the Dey-9 air defense system and the Quds radar system during a ceremony in the presence of high-ranking military officials.