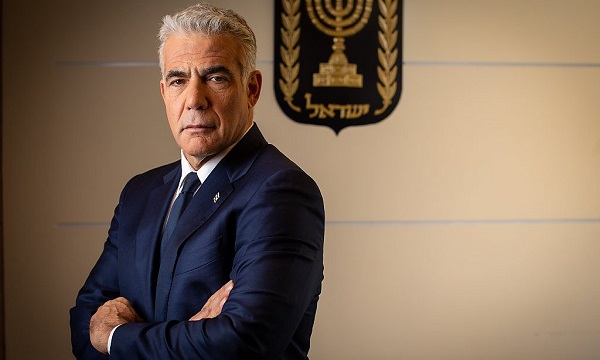 Lapid will be the guest of UAE Foreign Minister Abdullah bin Zayed in Abu Dhabi next Tuesday and Wednesday, and he will dedicate the Israeli regime embassy in the Emirati capital, as well as the consulate in Dubai, a report by JPost said Monday.

Israel and the UAE announced a peace and normalization agreement, facilitated by the previous US administration in August 2020. Bahrain joined UAE soon after, former Israeli regime prime minister Benjamin Netanyahu and the foreign ministers of the two tiny Persian Gulf states signed the Abraham Accords at the White House in the following month. The regimes Sudan and Morocco are two Arab countries that announced normalization with Israel following EAU and Bahrain Khalifa regime.

No Israeli cabinet ministers visited the UAE or Bahrain since the Abraham Accords were announced.

The Zionist media claimed Netanyahu had to postpone several planned trips due to coronavirus lockdowns, and because one was too close to this year’s election and the UAE did not want the relationship to be politicized.

It is worth noting that the Israeli regime's National Security Adviser Meir Ben-Shabbat visited Abu Dhabi with a large delegation two weeks after the Abraham Accords were announced.