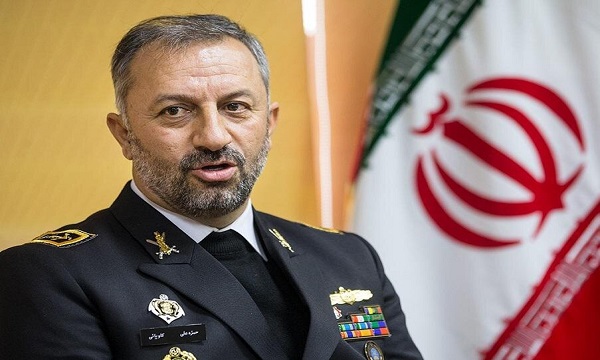 He said, "Influential countries in world defense and maritime diplomacy have come together to display peace and security in this event."

"The competition's goal is to achieve lasting security and peace at seas," the commander added.

"The participants have come to this region for long distances to participate in international diving competitions, to witness lasting security in this vital region of the world, and to transmit the message of maritime security to the world," he said.

Kaviani underscored that "Maritime security would be established in accordance with international law and by the cooperation of all actors in the regional countries, and the presence and intervention of foreigners will lead to regional insecurity and tension."

Russia, Syria, China, Venezuela, India, and Iran are to compete at World Army Deep Diving in Iran's Chabahar and Konarak.

This is the sixth deep-diving competition of the world armies, hosted by the Islamic Republic of Iran in the third naval zone of Konarak, he added.

More than 100 athletes will take part in the competition, which runs until September 2, and the delegations have started training as of today.

Simultaneously with these competitions, the Sea Cup competitions are underway in the northern Iranian port of Bandar Anzali with the participation of Russia, Kazakhstan, Azerbaijan as well as Iran's team.