TEHRAN (Defapress) - US President Joe Biden has directed the Justice Department and other agencies to begin a six-month process of declassifying documents related to the FBI’s investigations into the September 11, 2001 attacks.
News ID: 83763 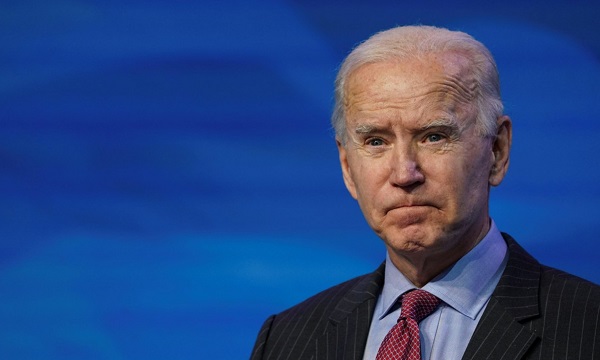 The move on Friday comes days before the 20th anniversary of the al-Qaeda attacks and a month after 9/11 survivors, first responders and family members of the nearly 3,000 victims wrote a sternly worded letter to the president.

They accused the US of deliberately keeping the documents – which they say prove that Saudi government officials aided the al-Qaeda attackers – under wraps.

“When I ran for president, I made a commitment to ensuring transparency regarding the declassification of documents on September 11, 2001, terrorist attacks on America. As we approach the 20th anniversary of that tragic day, I am honoring that commitment,” Biden said in a statement on Friday, Al-Jazeera reported.

“Today, I signed an executive order directing the Department of Justice and other relevant agencies to oversee a declassification review of documents related to the Federal Bureau of Investigation’s September 11th investigations. The executive order requires the Attorney General to release the declassified documents publicly over the next six months.”

In their August letter, about 1,700 people directly affected by the September 11 attacks called on Biden to skip next week’s memorial events unless he released the documents.

“Since the conclusion of the 9/11 Commission in 2004 much investigative evidence has been uncovered implicating Saudi government officials in supporting the attacks,” the letter stated.

“Through multiple administrations, the Department of Justice and the FBI have actively sought to keep this information secret and prevent the American people from learning the full truth about the 9/11 attacks,” it said.

Biden’s Justice Department opened up a review of the classified documents shortly after the letter was sent.

Family members of the September 11 victims have long sought US government documents related to whether Saudi Arabia aided or financed any of the 19 people associated with al-Qaeda who carried out the devastating attack.

Al-Qaeda operatives crashed three commercial jet planes into the twin towers of New York’s World Trade Center and the Pentagon outside Washington, DC. A fourth hijacked plane believed to be targeting the US Capitol building crashed in a Pennsylvania field.

Fifteen of the 19 hijackers were from Saudi Arabia. A US government commission found no evidence that Saudi Arabia directly funded al-Qaeda. It left open whether individual Saudi officials may have.