TEHRAN (Defapress) - North Korea launched an unknown projectile from the Sunan district on Wednesday, but, according to the South Korean military, the launch was unsuccessful.
News ID: 83959 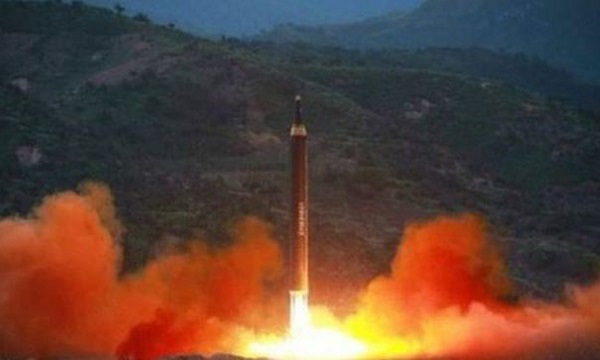 According to Japanese broadcaster NHK, citing a source from Japan's Ministry of Defense, North Korea fired a projectile on Wednesday that could be a missile.

No other details were available in the initial report. An emergency headquarters has been set up under the Office of the Prime Minister of Japan in connection with the reported launch of a DPRK missile. There has been no damage reported as a result of the alleged test, Sputnik reported.

According to Reuters, however, the South Korean defence ministry initially said it had nothing to confirm in regard to reports of a launch.

South Korean news agency Yonhap later claimed, citing the country's military, that it was presumed that North Korea attempted to fire an unknown projectile from Sunan airfield, but it reportedly failed to launch properly.

The missile test was reported to have been conducted at around 9:30 am, local time, but the projectile was presumed to have failed shortly after launch.

"The intelligence authorities of South Korea and the US are conducting an additional analysis," the South Korean Joint Chiefs of Staff said in a statement, per Yonhap.

Additionally, NHK reported that the US Air Force's special electronic reconnaissance aircraft took off from Kadena Air Base in Okinawa and returned to the base after about nine hours in the sky.

According to the report, the aircraft was an RC-135S, commonly known as "Cobra Ball," a special plane that collects data on ballistic missiles in flight.

If the reports are true, it will be North Korea's tenth missile launch this year.