TEHRAN (Defapress) - Turning to recent brutalities of Zionist regime against Palestinians in different parts of the occupied lands, spokesman for the Islamic Revolution Guards Corps (IRGC) said that collapse of Israeli regime has been accelerated.
News ID: 84032 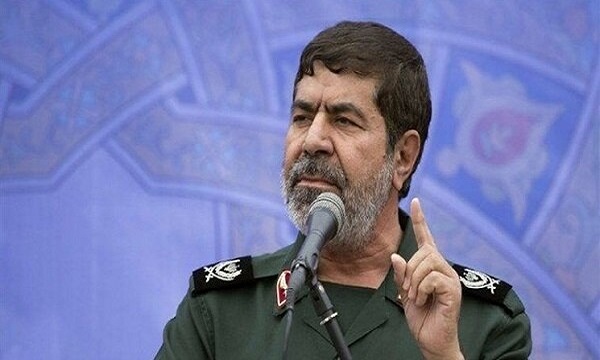 Speaking at the second policy-making and planning meeting of Intifada (Uprising) and Al-Quds Headquarters of Islamic Development Coordination Council, Brigadier General Ramazan Sharif said that the process of annihilation and collapse of the Zionist regime has been accelerated.

The spokesman pointed to the impact of factors affecting the current year’s International Day of Quds and the trend of struggles of Palestinians in recent months, saying that struggles of Palestinians in the holy month of Ramadan have had special sensitivities but this year, due to the coincidence of one of the occasions of the Zionist regime with this auspicious month and presence of Jews and Muslims at Al-Aqsa Mosque, this sensitivity has doubled at the threshold of International Day of Quds.

Security is the most important issue for the Zionist regime to preserve the Jewish population in the occupied lands and territories, he said, adding that loss of security and population actually means the loss of its identity and collapse of this regime.

Elsewhere in his remarks, Brigadier General Ramezan Sharif pointed to the significance of the International Day of Quds and stated that organizing the ceremony of this auspicious day means the preservation of ideals and causes of the Islamic Revolution of Iran.