What Turkey wants from Sweden, Finland in NATO expansion spat

TEHRAN (Defapress) - As Turkey threatens to block bids to join NATO by Sweden and Finland, three senior Turkish officials spoke about what their government is looking to achieve with the high-stakes brinkmanship.
News ID: 84160 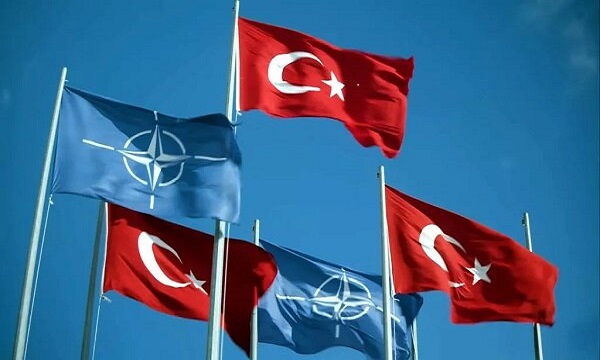 Turkey has said it will not approve Sweden and Finland joining it as NATO members, hours after Stockholm followed Helsinki in a historic Nordic security policy shift by formally confirming that it intended to apply for membership of the alliance.

As Turkey threatens to block bids to join NATO by Sweden and Finland in the wake of Ukraine's war, Bloomberg spoke to three senior Turkish officials about what their government is looking to achieve with the high-stakes brinkmanship.

The officials spoke on condition of anonymity, saying they weren’t authorized to speak publicly about internal government deliberations, and all gave broadly similar assessments. Here’s a summary of what they had to say.

Ankara is insisting that any new candidates for NATO membership recognize its concerns about Kurdish militias -- both inside Turkey and across its borders in Syria and Iraq.

That’s been a major source of tension within the alliance, because while all NATO members recognize the Kurdistan Workers’ Party, or PKK, as a terrorist organization within Turkey, many have supported and even armed its Syrian offshoot, the YPG, in the fights in Syria.

Turkey’s demanding that Sweden and Finland publicly denounce not only the PKK but also its affiliates before being allowed to join the bloc. The Turkish officials said that designating the PKK as a terrorist organization isn’t enough: the Nordic applicants must do more to clamp down on PKK sympathizers it says are active in their countries.

Turkey also wants Sweden and Finland to put an end to arms-export restrictions they imposed on Turkey, along with several other European Union members, after its 2019 incursion into Syria to push the YPG back from the frontier, the officials said.

While Turkey’s arms trade with the two countries is negligible and it’s not seeking any major defense purchases with them, the officials said that on principle Ankara won’t accept expanding a military alliance to countries that are blocking weapons deals. Foreign Minister Mevlut Cavusoglu has made the point publicly, saying the arms restrictions go “against the spirit” of an alliance.

While the officials said Turkey isn’t looking to bargain over subjects beyond Finland and Sweden’s stances on the Kurdish conflict, Ankara’s gripes with NATO run deep and its wish-list is long.

Turkey wants to be re-included in the F-35 advanced aircraft program, from which it was barred after it bought S-400 missile-defense systems from Russia. It also has an outstanding request to the US to purchase dozens of F-16 warplanes and upgrade kits for its existing fleet. Moreover, Turkey wants the US to lift sanctions over its possession of the S-400 missiles.