Detention of Asadollah Assadi in Germany against intl. law

TEHRAN (Defapress) - A senior Iranian judicial official has described the arrest and imprisonment of Iranian national Asadollah Assadi in Germany as in violation of the Vienna Convention on Diplomatic Relations.
News ID: 84254 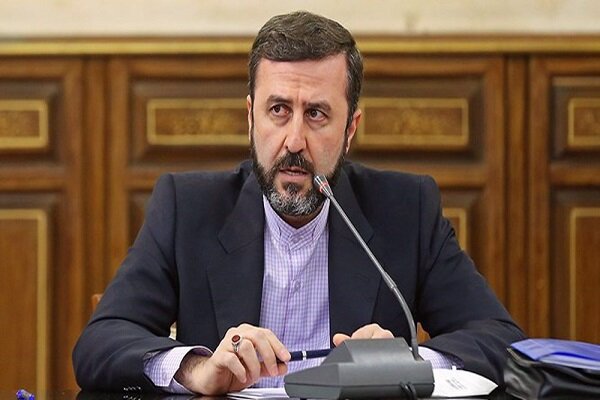 The Deputy Head of International Affairs of the Judiciary and Secretary of Iran’s High Council for Human Rights Kazem Gharibabadi explained the latest news and the efforts to get the two Iranian nationals arrested and imprisoned in European countries on Saturday; the Iranian diplomat Asadollah Asadi and the former Iranian judicial official Hamid Nouri.

The Iranian judicial official said that he had sent a letter to the UN High Commissioner for Human Rights last Monday asking them to follow-on on Mr. Assadi's case.

Gharibabadi added that a lot of human rights violations have taken place against Mr. Assadi in both Germany and Belgium, where he was detained and is held.

He called for Assadi's immediate release from jail in a request to high-ranking Belgian authorities, adding that the Iranian Judiciary and the foreign ministry will continue to pursue and follow up on the case of the jailed Iranian diplomat.

As regards the case of Hamid Nouri, who is tried and jailed in Sweden, the senior Iranian judicial official said that a lot of irregularities and violations of rights have taken place against him as well.

He added that his detention and his trial in Sweden are fully illegal and go against international laws.

"It only took more than a year for the prosecutor to file his indictment; Because they did not find any evidence."

Gharibabadi added, "Unfortunately, the Swedish government has become a base for terrorists against Iran but these actions won’t be tolerated and we have informed them that they should expel terrorists from their country and put an end to their financial, political and diplomatic support for terrorist groups in that regard”.

"We will protect and support Iranian citizens, even if they do not come to us. But if they agree with our support for them, we will support them," said Gharibabadi.