TEHRAN (defapress) - A day after a US Navy fighter jet shot down a Syrian warplane, Russia warned that aircraft operating where the shoot down occurred would be considered "air targets" for its forces in Syria.
News ID: 65199 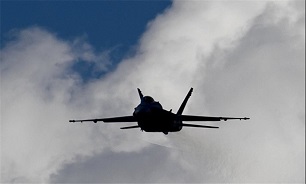 The Russian Ministry of Defense called the downing of the plane "a cynical violation of the sovereignty of the Syrian Arab Republic" and "military aggression."

As a result, it said, Russia has stopped using a key "de-confliction" communication channel set up to avoid conflict between US and Russian forces in Syria, CNN reported.

While both the US and Russia say their forces are in Syria to fight ISIS (also known as Daesh) infiltration there, Russia has allied itself with the regime of Syrian President Bahsar al-Assad while the US-led coalition has aligned with groups that oppose both the Assad regime and ISIS.

Russian Deputy Foreign Minister Sergei Ryabkov said Monday the US shoot down of the Syrian Su-22 was "an act of assistance to those terrorists whom the United States is ostensibly fighting against," according to Russia's state-run news agency Tass.

The Syrian military acknowledged the loss of its aircraft and said the pilot was missing after ejecting.

It's the first time the US has shot down a Syrian aircraft since it began fighting ISIS in the country in 2014.

"This strike can be regarded as another act of defiance of international law by the United States," Ryabkov said.

The Russian Defense Ministry said it would exert new control over the skies of western Syria.

"From now on, in areas where Russian aviation performs combat missions in the skies of Syria, any airborne objects found west of the Euphrates River, including aircraft and unmanned vehicles belonging to the international coalition, tracked by means of Russian land and air anti-aircraft defense, will be considered air targets," the Defense Ministry statement reads.

Coalition forces released a response within hours of the Kremlin statements.

"As a result of recent encounters involving pro-Syrian regime and Russian forces, we have taken prudent measures to reposition aircraft over Syria so as to continue targeting ISIS forces while ensuring the safety of our aircrews given known threats in the battle space," coalition spokesman Col. Ryan Dillon told CNN.

"We are continuing to conduct operations throughout Syria targeting ISIS forces and providing air support for coalition forces and our partner forces on the ground," Dillon said. "We as a coalition are always ready to deconflict."

A defense official told CNN the belief is the potential threat has escalated given recent encounters with pro-regime forces near At Tanf, as well as the downing of the Syrian aircraft.

In Washington, the chairman of the Joint Chiefs of Staff, Gen. Joseph Dunford, said communication between Russia and the US remains open.

Dunford said the US is working "diplomatically and militarily to reestablish a "de-confliction" channel.

"I am also confident that our forces have the capability to take care of themselves," Dunford added. "The worst thing any of us can do right now is to address this thing with hyperbole."

This is not the first time that Russia has said the "de-confliction" channel has been suspended. In April, after the US missile strike on a Syrian airbase, Russian Foreign Ministry spokeswoman Maria Zakharova said Russia would suspend the 2015 agreement aimed at minimizing risks of in-flight incidents.

The US military is prohibited by law from coordinating directly with the Russian military, but given the increased pace and scale of military operations in Syria, the US and Russia have sought ways to ensure that their respective personnel are not targeted by mistake, setting up a series of so-called "de-confliction zones" that delineate areas of operation for the coalition and the Russian forces.

With ISIS now significantly weakened, analysts believe all all parties in Syria are maneuvering to consolidate their positions for an eventual settlement of the conflict.

Jeremy Binnie, Middle East and Africa editor for Jane's Defense Weekly says the players in Syria are now operating with "half an eye on the post-Daesh (also known as ISIL or ISIS) situation," and looking to control as much territory as possible.

Russia could work to de-escalate the situation, but Moscow is "looking increasingly less like an honest mediator between the sides," he says. "We don't know until we see how it plays out in reality, but it is definitely Russia making a pretty strong statement in favor of the Assad government."

Dmitry Trenin, director of the Carnegie Moscow Center, says the events of Sunday and Monday are a significant escalation, which could result in a "collision" between the two sides. To defuse the situation, he said, the US needs to begin to see Russia as a more equal partner in determining the future of Syria.

"It is time for diplomacy," he said.