TEHRAN (defapress) – Saudi warplanes on Monday dropped ten cluster bombs on areas in Yemen’s Sa’ada province despite the global outcry against the use of such internationally-banned weapons by the Riyadh-led coalition.
News ID: 66247 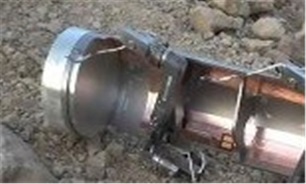 The districts of Baqim, Hasamah and al Dhaher in the northwestern province of Sa'ada were pounded by a total of ten cluster bombs on Monday, a military source, speaking on the condition of anonymity, told Saba news agency.

The bombs inflicted major damage to the buildings and infrastructure there.

Cluster bombs, which can contain hundreds of bomblets, pose risks to civilians both during and after attacks. Unexploded bomblets can claim lives long after a conflict is over.

Multiple rights groups, including Amnesty International and Human Rights Watch, have on various occasions reported the use of cluster bombs by Riyadh in Yemen.

Yemen’s defenseless people have been under massive attacks by the coalition for more than two years but Riyadh has reached none of its objectives in Yemen so far.

Since March 2015, Saudi Arabia and some of its Arab allies have been carrying out deadly airstrikes against the Houthi Ansarullah movement in an attempt to restore power to Hadi.

Over 12,000 Yemenis, including thousands of women and children, have lost their lives in the deadly military campaign.