French FM to Visit Iran ahead of Possible Macron Trip

TEHRAN (defapress) – French Foreign Minister Jean-Yves Le Drian said he would travel to Tehran in the near future.
News ID: 66802 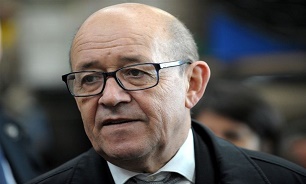 Speaking to the Council on Foreign Relations in New York, Le Drian said he was expected to visit the Iranian capital during the second half of November, AFP reported.

The French top diplomat added that he will travel to Iran to prepare a visit by President Emmanuel Macron to the country and as part of efforts to expand Paris-Tehran relations.

Macron would be the first French president to visit Iran since 1976, but the foreign minister did not give dates for that trip.

Speaking to reporters upon his arrival, Zarif described France as one of Iran’s "close economic partners,” saying the two sides have significantly increased their cooperation in this field.