most visited
iran << iran
The minister of Defense at a joint meeting with members of the National Security Commission:

We respond timely and resolutely to threats

The Minister of Defense and the support of the armed forces said: "The Islamic Republic of Iran has achieved a great strategic defense capability, so that today we can suppress all kinds of threats against the Islamic system in both internal and external borders in a timely manner, with determination and severity.
News ID: 67099 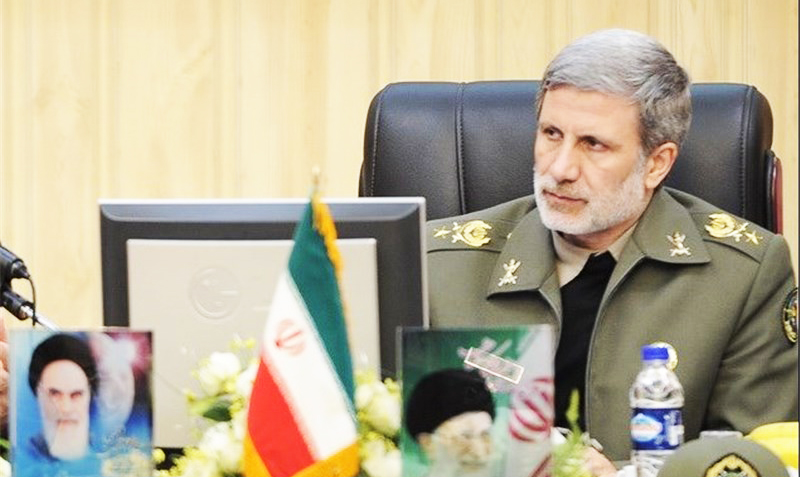 According to defapress reporter joint meeting of members of the press, national security and foreign policy Commission of the Islamic Consultative Assembly with the Minister of defense, operating managers, organizations and companies affiliated to the Ministry of defense in place of this Ministry.

In this session with a review of the latest achievements of the Ministry of Defense, the defense of the country can be increased according to the Islamic terror threats, Iran's enemies.

The Minister of Defense and the armed forces in support of this khirmghdem meeting with members of the foreign policy and national security Commission of Parliament and with gratitude the high vote of confidence of Parliament's trust, "said the respected representatives of the top, valuable backing for pay duty and to promote the goals, strategies and plans, buzzing The armed forces defend the Earth and support.

In another part of Hatami his speech with defense of analytical transformations the region added: "the defense policy of the Islamic Republic of Iran is not affected by any threat deterrence, not sanctions and pressure, and fits a variety of threats to the country's conditions and forward before heading to geopolitics

Pointing to the fact that the power of the Islamic Republic's defense and for no enmity is not conceivable, added: If today is like some of the sections are American in the 16 years that the military threat of obscenity as options on the table and they are now speaking of this ineffective Do not to speak due to the power of the Islamic Republic of Iran.

The Minister of Defense and armed forces support also said the Islamic Republic of Iran as a strategic defense capability is achieved very high as far as today's threats against the Islamic regime types can in two areas within and outside the borders "in a timely manner, and with the severity of the suppressed Baqiyato allah.

He said the Islamic Iran having effective defense capability so the power, authority and power that achieved for the enemies is incredible.

The Minister of Defense stated that in terms of military and defense today is the best we have put conditions, emphasis: you must provide source and substrates in order to upgrade our strategic defense capability than what we use.

Pointing to support for foreign policy and national security Commission of members of Parliament approved the law in dealing with the threats Bush noted: of the Islamic Consultative Assembly for approval, the law of human rights violations and deal with terrorist actions against the Iranian nation and majrajuianh us, especially strengthening the revolutionary guards-RSS Thank you, because this hyoid is acting decisively, and the Iranian nation Unity you going to deal with the enemy.

The Defense Minister continued on with the report provided detailed the activities of the Department of Defense stated: in the course of strengthening and expansion on the defensive with regard to threats of the enemies can be focused, and we hope that with the support of the members of the Commission and support the national security and foreign policy of the Parliament predicted continuity purposes.

General Hatami thanks to the cooperation of Parliament and the Chairman of the Special Commission to the members of the national security and foreign policy, the role of Parliament in strengthening the authority of the country's defense is very important and key Government and Parliament, "with a focus on fundamental and priority programs of the armed forces can be a lot of problems and The obstacles ahead on the strength of between and and the power of the country's deterrent enough.

The President of the foreign policy and national security Commission of the Islamic Consultative Assembly in this session with the appreciation of the effort and activity ", the Minister, managers, scientists and specialists of the Ministry of Defense, the National Security Commission of Parliament and serious support, and external policy of strategic defense and power topics said Consequently the basis of good decisions in the House: for enhance vigor of Defense.

Afghanistan strengthening our defense, such as in the various areas of missile defense, the field, the defense industries, there's the aerial. Of the priorities outlined and added: our armed forces hold a joint rzmaish with other Muslim countries, could be on the agenda.

Members of the national security and foreign policy Commission of the Islamic Consultative Assembly in this session with the expression of their opinions and viewpoints on the necessity of increasing the authority of the armed forces and the defense and strengthening of the Ministry of Defense and armed forces support in order to promote the objectives of the Islamic Republic of Iran emphasized defense.