US angry over Iran's efforts to fight terrorism

TEHRAN (defapress) – Foreign Ministry Spokesperson says US Secretary of State Tillerson’s latest remarks against Iran shows that the US is angry at Iran just because it is fighting terrorism.
News ID: 67286 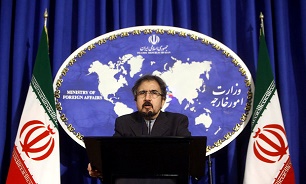 Ghasemi said that "repeating false allegations by the US officials will not compensate for the strategic mistakes made by the United States towards Iran and the region over the past decades. Accusing other countries will not treat the deep and old wounds caused by the US aggressive policies.”

"Mr. Tillerson had better see the realities and study the region’s history and the US' wrong policies and their catastrophic consequences for the people of the region. Then, he can make any other remarks like those,” said Ghasemi adding "Iran itself is one of the victims of US interventionist policies, coup d'etat and tyranny carried out by US. Today, everybody knows that Iran has made great efforts in the fight against terrorism so far. No doubt, ignoring Iran's undeniable fight against terrorism and expressing false accusation are only the result of the US anger with humanitarian and stabilizing role played by Iran, and only indicate US support for terrorism in the region.”

The Foreign Ministry Spokesman concluded that " within the framework of all ethical standards and considering all the norms defined by the international community, Iran will continue supporting stability and security in the region and fighting against terrorism despite false accusations.”

Ghasemi’s statements come after US Secretary of State Rex Tillerson accused Iran of destabilizing the region, after a meeting with Frederica Mogherini in Brussel yesterday Dec. 5.