most visited
عمومی << Home Page
On the occasion of the uprising of January 9th;

The publication of an insulting article against Imam Khomeini in the information newspaper on January 8, 1976, sparked a spell in the holy city of Qom, which became a bloody uprising and historian. This article was the beginning of a wave of special momentum for the movement of the Islamic revolution.
News ID: 67989

Epic and Jihad Defapress Group: An unforgettable day and memorable on the Iranian nation is not low day of testing in the field of sustainability and dusty state that the following years of internal and external back yoke coward bend.

19th January 1356 is one of the rozhast, which is on the border of Blowed and true Festival and lighting and canvas call of freedom for those who were certified in the regime. 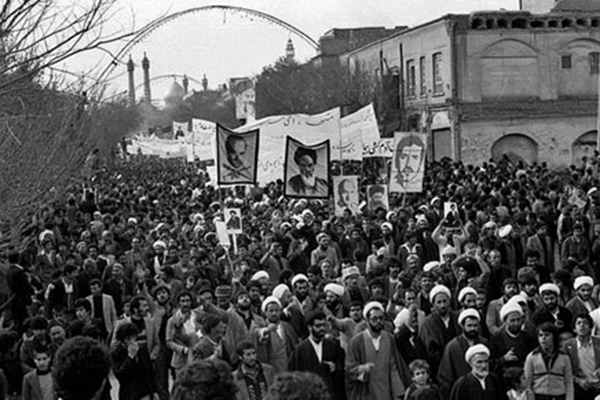 The story of the resurrection of the Qom people in these days of an article is offensive to the clergy and the character of Imam Khomeini (RA). This article is titled "Iran and the colonial red and black» pen aka Ahmad Rashidi absolute» in 1356 17 January in the newspaper published information.

In this article the endless willingness explicitly to virtue and the veil, obscurantism and the black reaction was introduced. On the part of the article was: "only the Government and the revolution, Khomeini which is associated with all of Islam, to stimulate owners to oppose, takeoff! Otherwise the other clerics agree with all these rules and are also right. "the author of this article is to examine all the Holy Imam with obscenity (RA) disrespect.

The question raised here is that what you wanted the experience and aims to publish that article, what was it? The secret of its publication of the article by the shah regime remains, but its significant analytical conditions the day perhaps somewhat to the side of the curtain and the facts.

In those days, the American colonists were in order to solve some of its internal crisis and make adjustments for the survival of the more political in order to help its global economic ـ, experts and analysts, the new strategy plan, which had several components, including an effort to create an open and atmosphere OBO in third world political and free up the possibility of the occurrence of the revolution wiped out and it's the same "open" space that was possible risks it is accepted with open arms to their domination of life everlasting.

In the morning of 18 December, a large demonstration, with the formation of the seminarians ' social and marched toward their homes and authorities began chanting in support of the Imam (Khomeini).

At first, the security forces attacked demonstrators to the queue and were prevented from marching, but when the people were faced with resistance, the surrender of announced and if not given, the head of the last people and seminarians are allowed to March. Small merchants in Qom, 19 months after the move the seminary decided to shut down the market.

"Qom at that juncture of the report stated that more than five thousand people from religious clerics to the doors of houses and wanted to Imam Khomeini (RA).

Ayatollah Nouri on that day speaking said: "every significant movement to true spirituality, Islam in its move in advance, and the leadership of the movement was driven into the hands of their clergy, and effective role in moving society Creative." people with hearing such words more publicized protests. This factor was an excuse to shoot the command issued to the people. On this day six martyrs and dozens of others were wounded.

The Pahlavi regime after event 19, a number of party members the resurrection and pretend that the people of Qom, Iranian intellectuals condemn the riots.