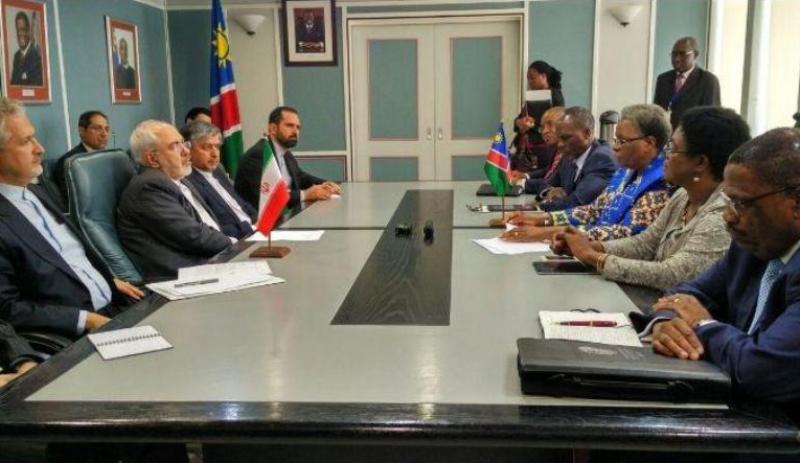 Tehran (Defapress) FM Zarif in a meeting with Namibian Minister of International Relations and Cooperation Netumbo Nandi-Ndaitwah said that Iran is ready for promoting cooperation with the southwest African country in other fields such as energy, water, construction, agriculture and modern technologies.

He condemned the recent Zionist regime's attack on Palestinians, and said that the key to Syria's crisis is political dialogue.

Israeli regime's raids on Palestinians have been escalated following the massive protests by Palestinians against the occupation of their lands by the regime.

Twenty nine Palestinians have been killed since March 30. The massive demonstrations have been titled “The Great March of Return” of refugees to their homes that are currently under occupation of the Zionist regime.

Referring to the chemical weapons attack by Saddam's regime against Iran during the Iran-Iraq war, Zarif also said that his country as a victim of such weapons has always condemned using them.

The Namibian minister, for his part, welcomed any investment by Iran in agricultural and energy projects, particularly in renewable energies.

Echoing the views of his Iranian counterpart, she denounced attacks of Israeli regime on Palestinians and called for efforts to establish peace and stability in Syria.

Iran's Foreign Minister Mohammad Javad Zarif arrived in Namibia on Thursday at the final leg of his tour to Africa and South America that took him to Senegal, Brazil and Uruguay.